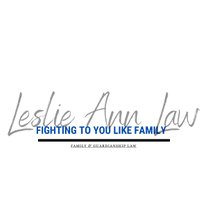 I am NOT your Typical Attorney

I was a Client before I was an Attorney

As a Family Law Attorney, it is more than just an understanding of the law. It is understanding the stress these litigation can bring on parents and children. It is being there for my clients every step of the way and seeing them as an individual and not a paycheck. My passion is keeping families together and making sure nobody ends up in the same situation I did feeling hopeless. You shouldn't have to fight to be a part of your child's life.

I was involved a high conflict divorce with very limited resources to fight for my rights as a parent to my daughter. And after the very nasty divorce co-parenting was extremely hard to do. How can you expect to co-parent with someone you could barely parent with while married? The first 8 years of my child's life were primarily with me, then the next 7 years she was primarily with her father. I was then alienated from her for 2 years, which was one of the toughest times of my life. And then finally I got her back and got sole custody. Due to these experiences I can relate to many of my clients because I have lived it myself. Which ultimately means that not only do I thoroughly understand the law and your rights, but I understand the stress each party deals with. Most importantly, I understand how high conflict co-parenting could effect a child. Sadly, I have lived to see the outcome of what it did to my child. But I am happy to say, she used her pain to help other children like herself.I will never forget sitting in a mediation, where I had spent tens of thousands of dollars in 4 months and was told that I could be the primary residential parent again, but it would be at least $40,000 more. Having no more funds, I settled on an agreement that I didn’t agree with merely because I ran out of money. I then realized my child had become a pawn in this litigation of who had more money. And I was fighting an unfair fight in a never ending battle. That was the moment I decided to become a lawyer and make it my mission to help those families, who endured the pain that I endured, get their children back.

You deserve to be heard. Trust in me to help you get the help that I was never able to get when I was in your position. I will fight this battle with and for you, this is why I became an attorney!

Leslie is from Chicago, Illinois and grew up in Orlando Florida where she currently resides with her husband, also an attorney, Michael Ferderigos Esq. and her four children. Leslie is licensed to practice law in the State of Florida &  United States District Court for the Middle District of Florida  and is a proud member of the Florida Bar and Florida Justice Association. Leslie attended Barry University of Law, earning her juris doctorate. During law school she served as a selected member of the Moot Court Honors Board. She was selected to represent her law school as an oral advocate for Barry Law school's Trial Team. Additionally Leslie founded and served as President for Legal Advocates for Citizens With Disabilities. Leslie has been involved in the community for years throughout her career. She is a member of the Orange County Bar Association, ABA, and Central Florida Trial Attorneys. She founded Dance For The Soul, a foster child charity. She is also a proud supporter of Runaway to Hope INC. She worked as a peer mentor and QMRP for individual Advocacy Group and with out-patient living facilities for those with disabilities. Leslie is also a regular guest speaker around Florida with the National Parents Group Organization. She has appeared on NBC & ABC News on selected cases. Leslie has represented clients all over the state of Florida, when it comes to helping clients, distance will not stand in the way.

Leslie's diverse background in law gives her the requisite skills needed to represent clients in all matters and relay their story effectively and accurately to judges and juries. She will work with you to create lasting agreements that work for you and your family. When agreements can't be reached, she will provide strong and effective representation to protect your rights and best interest of your children.